A revolution can be neither made nor stopped.
The only thing that can be done is for one of several
of its children to give it a direction by dint of victories.
Napoleon Bonaparte

By Al Arabiya with AFP 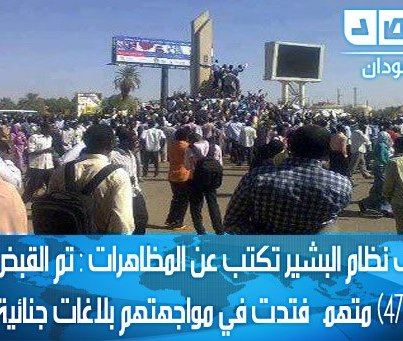 A day before, Sudanese authorities had shut down a university after four students, originally from the conflict-plagued Darfur region, were found dead following an alleged crackdown on a tuition protest.

The order coincided with the arrest of students who tried to demonstrate in Khartoum after holding a news conference about the deaths, which they blame on authorities and their “militia.”

“Gezira University activities are suspended after the drowning of four students,” the official SUNA news agency said in a brief alert sent by SMS.

Gezira University is in El Gezira state, south of Khartoum.

In 1964, the death of student activist Ahmed al-Qureshi sparked Sudan’s “October Revolution” which ended the military regime then in power after tens of thousands protested.

Activists had reported the deaths of Neil and Hammad on Friday, when police confirmed that they recovered two bodies from a canal near the university.

“Students identified them as their colleagues. They were brought to the morgue to determine the cause of death,” a police statement said at the time.

Activists identified the dead as members of the agriculture faculty.

The Darfur Students Association said all four had gone missing after taking part in a peaceful sit-in which followed meetings with university and government officials.

The students died “fighting for their right to free education in the university,” their association said.

Under a 2011 peace deal between the government and an alliance of Darfur rebel splinter factions, the offspring of people displaced by Darfur’s nine-year rebel-government conflict are supposed to get a five-year fee waiver at national universities.

“We had 80 students arrested and dozens injured” when the pro-government Student Union disrupted the sit-in, the Darfur students said in a statement.

“Gezira University administration, the Student Union and National Congress Party militia bear full responsibility for the blood of our martyrs,” said their statement released at the news conference, referring to the country’s ruling party.

“We call all Sudanese citizens to join the funeral for our martyred heroes on Sunday,” it said. 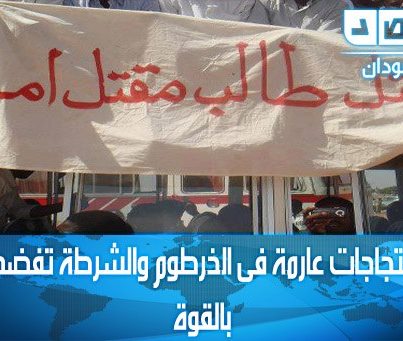 ce. A large number of them were later arrested and taken to a nearby police station after trying to march in the street, a witness said.

The rebel Justice and Equality Movement, which has been fighting the army in Darfur for nine years, said the daughter of its late leader Khalil Ibrahim was among people detained at a separate protest on Saturday evening.

The rally occurred outside Khartoum’s Nilien University in support of the Gezira students, said JEM, whose chief Ibrahim was killed last December.

In June and July scattered demonstrations sparked by inflation occurred throughout Sudan and led to Arab Spring-inspired calls for the downfall of President Omar al-Bashir’s 23-year-old regime.

The protests petered out following a security clampdown.

I'm just a soul whose intentions are good; Lord, please don't let me be misunderstood.
View all posts by rainbowsudan »

Posted on December 10, 2012, in Rainbow. Bookmark the permalink. Leave a comment.