This movie “A Single Man” (2009), the directorial debut by legendary fashion designer Tom Ford, is an opulent evocation of a man’s desperate attempt to escape his single existence. The title takes on a double meaning, referring not only to a literal, and  an emotional one as well. 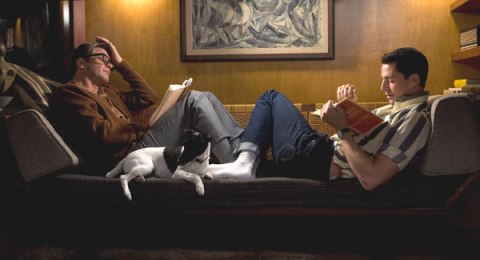 Based on the 1964 novel by ­Christopher Isherwood, the film ­follows an unhappy single day in the life of an unhappy single man. George Falconer, played by Firth he is an ­expatriate ­Englishman living in Los Angeles, a ­bespectacled college professor teaching English literature. and Its 1962, and there is fever and of change in the air coming to L.A   and on the recently passed Cuban missile ­crisis, the college ­students youth ­new cultures are breaking through the ­suburban conformity and none of this means much to him, a discreet gay man whose partner, Jim, has just died in a car accident.

We meet George (Colin Firth), a middle age British man living in 1962 Los Angles we cane see that his  life is filled with beauty, evident as we watch him get ready for the day. Impeccable taste, spotless furnitures, subtle and artfully arranged outfit…flawless from head to toe. “By the time I’m dressed,” he looks into the mirror, “I know fully what part I’m suppose to play.” It is obvious that George has perfected his outward appearance. Meeting him for the first time, one can not  help but be envious. We only hope to be so put together ourselves.

However, happiness is not the pervasive tone of this movie, but rather a contrast tool that is preserved in reveries and dotted sparsely in between the dreary monotone shots of George’s real life. The story spans only one day, the significance of which is not to be missed with the sight of a revolver lying in a drawer. George goes about his last day methodically, adjusting a well-oiled routine with spontaneous outbursts of goodbyes and compliments as he gets ready for the ultimate end. He teaches a class on Aldous Huxley, and gets into an impassioned speech about fear of the minority that almost sounds like a self-confession. The students are disinterested, all except one, Kenny (Nicholas Hoult), who seems to see past the words and into the man behind the glasses. 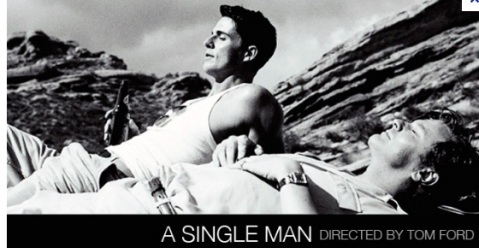 It is an outstanding performance from Colin Firth, not especially because it is a departure for him, but because the part itself is such a perfect match for Firth’s habitual and superbly calibrated ­performance register: withdrawn, pained, but sensual, with sparks of wit and fun. Matthew Goode plays Jim, his partner, seen in flashback sequences. It’s another very assured appearance from Goode, albeit in an undemanding part. His American accent sounds pretty impeccable.

Julianne Moore plays George’s best friend and confidante Charley, a ­fellow English expat and semi-alcoholic ­divorcee. After her appearances in Todd ­Haynes’s Far From Heaven and Tom ­Kalin’s Savage Grace, this role ­underlines a slight gaycentric typecasting for Moore, but like Firth she inhabits it with absolute confidence, and their friendship is touching and warm, even when George is furious to realise that Charley, in spite of everything, believes in her heart that heterosexual ­marriage is more real than gay partnership. ­Nicholas Hoult plays Kenny, a student dangerously fascinated by his charismatic lecturer.

Throughout the day George meets more characters, amongst them a little girl at the bank and a gorgeous Spanish James Dean look-alike at the liquor store. Ford taps into his designer side and evocates these encounters brilliantly with colors. The palette shifts from drab neutrals into warmer, fresher shades of blues, yellows, and pinks. It’s almost as if these encounters actually physically brighten up George’s day. The colors pull George’s eyes and that of ours, into focus, and in a way energizes the film, and George’s day, making his impending choice that much more precarious.

Ford is excellent in engaging all our senses to feel that of George’s. His creative control is absolute, and there is an undeniable confidance in the precise way he uses camera angles, colors, and sound to evoke the intangible anguish and desperation that boils within George. Observe when George converses with his colleague besides a tennis court where sweaty, gorgeous young men are playing. As George steals glances at the players, the conversation slowly fades out and the thumping of heartbeats emboldens until that is all we hear. In matching imagery are close-ups of bare chests, gleaming muscles, and sweaty, touchable parts: lips, eyes, the hollow above the collarbone, the small of an arched back, all cut in rapid flashes to the rhythm of the heartbeats. It’s almost as if we are in George’s head and his thoughts have materialized into cinematography. There is nothing said, and George doesn’t give away a single lustful glance, but the desire hangs so thickly in this scene that I wondered if it’ll ever end…and how. Note one single shot of a conventional family portrait in a barn. The internal struggle is unmistakable.

I have really fallen in love with this film. I don’t know if it’s because I wasn’t expecting much, but Ford’s elegance and style really blew me away. Like you mentioned in your review, he does every frame to absolute perfection. Sometimes when a filmmaker is so conscious and tedious about what’s in his film, it can feel lifeless and deprived in a way, but that’s certainly not the case here. Firth’s leading performance is also, for my money, the best work done by a male actor in 2009.

One of the lines that has really stuck with me from the film comes right near the beginning. It’s when Firth is straightening up his tie, and the camera slowly pans up, then Firth says: ‘Just get through the goddamn day.’ The way he says it is just so heartbreaking, and it’s within the first five minutes of the entire movie! That’s how quickly I was won over.

I'm just a soul whose intentions are good; Lord, please don't let me be misunderstood.
View all posts by rainbowsudan »

Posted on December 16, 2012, in Rainbow. Bookmark the permalink. Leave a comment.